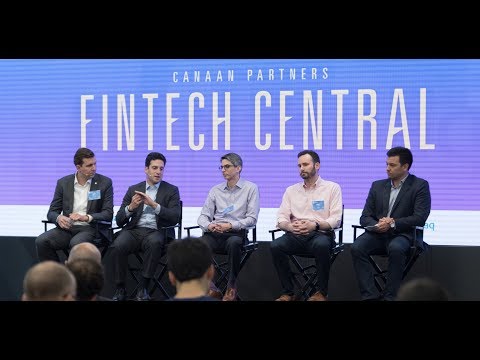 Why You Shouldn’t Fear the Blockchain Regulators

Kevin Werbach is a Professor of Legal Studies & Business Ethics at the Wharton School at the University of Pennsylvania, and the author of “The Blockchain and the New Architecture of Trust,” from which this article is adapted.
_______
In 2015, New York became one of the first jurisdictions in the world to adopt a regulatory regime for cryptocurrencies. The Department of Financial Services began requiring virtual currency businesses to obtain a “BitLicense” in order to operate or serve customers in the state.
“We want to promote and support companies that use new, emerging technologies to build better financial companies,” said then-New York Superintendent of Financial Services Ben Lawsky, when announcing the rules. He continued:


“Regulators are not always going to get the balance precisely right…. But we need to begin somewhere.”


Perhaps. Yet Lawsky picked the wrong somewhere. And he moved fast to formalize rules governing what was still, in 2015, a small-scale and fluid cryptocurrency community.
Bitcoin entrepreneurs and technologists argued that the threat of overbroad regulation, and the costs of compliance, would chill startup activity. More than 4,000 comments were filed on the draft rule, most of them critical.
And when the regulations went into effect, a substantial number of Bitcoin-related startups left New York, including the exchanges Kraken, Shapeshift, Bitfinex, and Poloniex. “The ‘Great Bitcoin Exodus’ has totally changed New York’s Bitcoin ecosystem,” declared the New York Business Journal.
Three years after the Great Bitcoin Exodus, the crypto-native exchanges have not rejoined the New York startup scene. But other firms have.
R3, the financial industry distributed ledger consortium with over $100 million in funding, is headquartered in New York. As one might expect, so are a number of finance-focused blockchain startups such as Digital Asset Holdings, Symbiont, and Axoni. Pillars of Wall Street such as Goldman Sachs, JPMorgan, and the parent company of the New York Stock Exchange are getting into the action.
And the activity is not limited to financial services. Consensys, a venture development studio building around Ethereum technology, grew from 100 to over 400 employees during 2017 alone in its Brooklyn headquarters, and is working on dozens of innovative projects around the world (though it recently announced significant layoffs). Blockstack, a high-profile startup hoping to build “a new internet for decentralized apps” on blockchain foundations, is located in New York as well. The New York bitcoin and ethereum meetup groups each have over five thousand members.
The BitLicense, for all its flaws, did not kill off cryptocurrency activity in New York. Neither did it create the model for regulatory innovation its creators intended. Subsequent jurisdictions developing cryptocurrency regulatory frameworks explicitly distinguished their policies from the overly restrictive elements of the BitLicense.
​
for more story...https://www.coindesk.com/why-you-shouldnt-fear-the-blockchain-regulators

Reminder: Benjamin M. Lawsky promised that the NY bitcoin regulations would be released no later than May 31

End of May "at the latest."
law360.com/articles/646017/lawsky-says-bitlicense-could-change-to-ease-compliance


New York Superintendent of Financial Services Benjamin M. Lawsky said that the final BitLicense would be release by the end of May “at the latest.”


It's holding up the launch of at least one service (Gemini). Possibly others.
Bitlicense will come into effect January 2015
forexminute.com/bitcoin/nydfs-superintendent-benjamin-lawsky-resign-2015-49520


He previously stated January 2015 to be the month when BitLicense will come into effect.


Will resign in early 2015
insidebitcoins.com/news/nydfs-superintendent-lawsky-to-step-down-early-next-yea26217


The man who has been at the center of the bitcoin regulation firestorm is reported to be weeks from relinquishing his post. New York State Department of Financial Services Ben Lawsky will resign in early 2015, according to published reports. - Nov 10, 2014

Novauri's comments on the BitLicense

Ripple Welcomes Ben Lawsky Now that Ben Lawsky is a member of Ripple’s Board, things will get very interesting. The goal is to let the company advance its payment platform and the native XRP asset. Though the accusations are not new, they came to mainstream media for the first time when Marc Hochstein, editor-in-chief of the American Banker, asked Lawsky about the possible conflict of interest in his issuing regulations governing Bitcoin on June 3, 2015. Ben Lawsky zealously followed and supported Bitcoin regulation in New York, even when With just weeks to go before he steps down, Benjamin M. Lawsky, New York’s top financial regulator, on Wednesday released rules for running a Bitcoin business in the state.. In a speech at the Bitcoin News Final Version of BitLicense Is Out. Not Many Impressed. Ben Lawsky’s much awaited BitLicense update in finally out. The final version of licensing regulations for Bitcoin and other Historic bitcoin regulation announced for Wall Street and beyond Jun 3, 2015, 12:39pm EDT just disappear into a black hole,” according to Lawsky's speech transcript. Many bitcoin

Thoughts on Ben Lawsky and his proposed Bitcoin ban. Ben Lawsky of the New York Department of Financial Services NYDFS has proposed some very onerous and extreme regulations surrounding Bitcoin ... This is true more than ever today because as Ben Lawsky put it, just 6 mos ago we were in a state of hyper regulation. Members of the fintech ecosystem often point fingers at the regulator as slow ... excerpts from superintendent lawsky’s remarks on virtual currency and bitcoin regulation in new york city Superintendent of Financial Services Benjamin Lawsky said the industry currently has no official state or federal oversight in place. "Right now the regulation of the virtual currency industry is ... BitLicense Will Publish At The End of October And NYDFS Superintendent Ben Lawsky Will Keynote Money20/20 Early November [UPDATE] If everything goes as scheduled.