How to Trade Binary Options for Dummies (A Beginner's Guide) 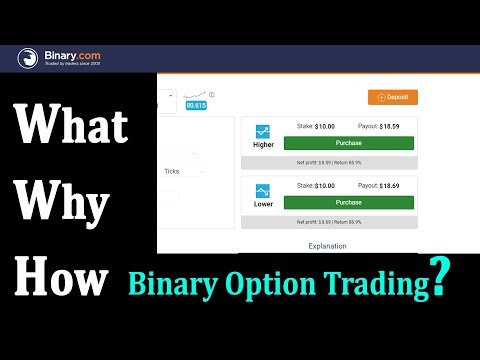 2 months back at trading (update) and some new questions

Hi all, I posted a thread back a few months ago when I started getting seriously back into trading after 20 years away. I thought I'd post an update with some notes on how I'm progressing. I like to type, so settle in. Maybe it'll help new traders who are exactly where I was 2 months ago, I dunno. Or maybe you'll wonder why you spent 3 minutes reading this. Risk/reward, yo.
I'm trading 5k on TastyWorks. I'm a newcomer to theta positive strategies and have done about two thirds of my overall trades in this style. However, most of my experience in trading in the past has been intraday timeframe oriented chart reading and momentum stuff. I learned almost everything "new" that I'm doing from TastyTrade, /options, /thetagang, and Option Alpha. I've enjoyed the material coming from esinvests YouTube channel quite a bit as well. The theta gang type strategies I've done have been almost entirely around binary event IV contraction (mostly earnings, but not always) and in most cases, capped to about $250 in risk per position.
The raw numbers:
Net PnL : +247
Commissions paid: -155
Fees: -42
Right away what jumps out is something that was indicated by realdeal43 and PapaCharlie9 in my previous thread. This is a tough, grindy way to trade a small account. It reminds me a little bit of when I was rising through the stakes in online poker, playing $2/4 limit holdem. Even if you're a profitable player in that game, beating the rake over the long term is very, very hard. Here, over 3 months of trading a conservative style with mostly defined risk strategies, my commissions are roughly equal to my net PnL. That is just insane, and I don't even think I've been overtrading.
55 trades total, win rate of 60%
22 neutral / other trades
Biggest wins:
Biggest losses:
This is pretty much where I expected to be while learning a bunch of new trading techniques. And no, this is not a large sample size so I have no idea whether or not I can be profitable trading this way (yet). I am heartened by the fact that I seem to be hitting my earnings trades and selling quick spikes in IV (like weed cures Corona day). I'm disheartened that I've went against my principles several times, holding trades for longer than I originally intended, or letting losses mount, believing that I could roll or manage my way out of trouble.
I still feel like I am going against my nature to some degree. My trading in years past was scalping oriented and simple. I was taught that a good trade was right almost immediately. If it went against me, I'd cut it immediately and look for a better entry. This is absolutely nothing like that. A good trade may take weeks to develop. It's been really hard for me to sit through the troughs and it's been even harder to watch an okay profit get taken out by a big swing in delta. Part of me wonders if I am cut out for this style at all and if I shouldn't just take my 5k and start trading micro futures. But that's a different post...
I'll share a couple of my meager learnings:
​
​
My new questions :
​
That's enough of this wall of text for now. If you made it this far, I salute you, because this shit was even longer than my last post.

Sympathy for the Drow - De-Vilifying the Dark Elves

The "Evil" races in DnD have always rubbed me kinda the wrong way. Partly once I learned that a lot of them come from racist stereotypes (Orcs, Drow, and Goblins in particular) and also just because it doesn't make sense to me. Even Nazi Germany had variation and dissenters and it only lasted for 12 years. Why would a clearly evil society never change over hundreds of years? In my opinion, a story is only as good as it's villains. So, I've set out to try and make the traditionally evil races slightly more believable and even sympathetic in places.
Now, I've not been a DM very long, only like three years. But the first campaign I ever ran was through Curse of Strahd which paints the Vistani (an itinerant society heavily based on the real world Romani) as a conniving group of thieves, murders, and vampire-worshipers. Thankfully, I found through reddit and other sites how to steer away from the racists depictions of the Vistani and making them seem like, at worst, opportunists. So, I hope to be able to do that with some other of the classic DnD antagonist races.
I've read some other phenomenal post on here about evil races that totally inspired me as well. There's a great two part post about Decolonizing D&D which I adore. The post about alignment is easily my favorite. There's a couple great ones on Orcs and Yuan-Ti too so if some of my ideas are lifted from them, I hope y'all consider it flattery instead of theft. So, here are some primer notes before I get into it.
For creating the Dark Elves, I tried to keep as much as I could from the books. Obviously some stuff has to get thrown out the window though. I also tried to standardize calling them Dark Elves instead of Drow partly because I feel like Drow has a much nastier sound to it and calling them Dark Elves follows the naming convention with the High and Wood Elves. I tried to model them after real-life matriarchal societies like the Mosuo people of China and their pantheon after real deities like the Greeks, Romans, and Norse. I also quickly realized that building a society is inseparable from geography. Where a people are from effects their language, values, mythology, history, and family structure. I've tried to outline details I think are necessary to making this society realistic while leaving it open ended enough to be place-able in different worlds with relative ease. All that aside, lets get into the meat of it.
​

The Elves are a varied and magical people that come from many planes and many environments within them. But none are met with more distrust and fear than the Dark Elves. Easily set apart from their cousins by their charcoal or pitch-black skin, pink-red eyes, hair of grays and whites, and shorter stature, these people have earned a reputation as killers, thieves, demon worshipers, and liars. But history is a cruel mistress, something the Dark Elves know better than most.

As the legends go, when the world was still young, Corellon Larethian lived on the Plane of Arvandor with his fellow Primal Elves. They were wild and mutable, emotional and free in all things. They changed shapes at will, gave and took freely to and from the world, and never stayed in any location too long. They wandered to and fro, scattering their peoples across almost every plane. However, this unbridled freedom was not without a price. Arguments, feuds, and small scale wars were incredibly common between them. Some elves would find themselves stranded on far off planes after most of their companions impulsively decided to leave. Their self serving impulses drove them to often completely disregard the needs or wants of others if they went against their own desires. And their reckless revelry was wreaking havoc on the natural world with Elven parties decimating whole planes of edible plants, wild game, and drinkable water.
One such Primal Elf began to see the destruction of their ways and talked to other elves about their actions. Slowly, this Elf by the name of Lolth amassed a small following of devotees that saw the negative ramifications of their inconsiderate freedom. Lolth and her followers agreed to take on fixed forms to show recognition of the dangers that impulsivity could bring. Lolth led this small group of devotees to Corellon to ask for his support. Now, Corellon did not lead these Primal Elves: he was just as wild as the best of them and did not take kindly to others telling him what to do. But he was the First Elf ever born and was universally respected amongst the Primal Elves and if Lolth could convince him, others would surely follow. Corellon listened to her proposition and agreed that they should change to prevent more destruction and conflict, but refused to order his kinsfolk into any action. He was an Elf, same as all of them, and he wouldn’t dare order around his family. He balked when Lolth asked him to take a concrete form as a show of solidarity and brushed her off as a killjoy.
Lolth was unsatisfied with this outcome and her following set out to convince each Elf to change their ways to preserve the beauty of the worlds. However, without the support of Corellon, many elves refused her offer. Her anger grew with each failure and her opinion of Corellon turned sour, something she made no attempt to hide from her Elven siblings. Now, Corellon is a proud god and once he caught wind that Lolth was bad mouthing him in an attempt to win over others, he became enraged. He railed against Lolth calling her a snake-tongued thief and Lolth called him incompetent and cruel. Their tempers flared and all the elves chose sides between Corellon’s freedom and Lolth’s stability. During this great debate, the Primal Elves turned to violence. The Dark Elves maintain that Corellon’s side threw the first blow, while the High Elves claim that it came from Lolth’s side.
No matter the source, this violent outburst soured relations between Lolth and Corellon forever after. He cast her and her followers out of Arvandor and barred her from ever returning. He also cast all but his most trusted kin from Arvandor, forcing them all to live lives on other worlds out of fear of another perceived insurrection. Thus, the Seldarine remain in Arvandor to judge the souls of Corellon’s faithful when they die and Lolth takes refuge in Arcadia with her pantheon where she minds the souls of the Drow. Corellon’s faithful call her pantheon the Dark Seldarine, while her faithful call it the Myrkalfar.