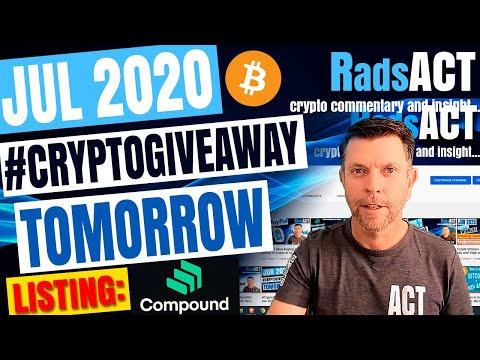 The Great Bitcoin Bull Market Of 2017 by Trace Mayer

By: Trace Mayer, host of The Bitcoin Knowledge Podcast.
Originally posted here with images and Youtube videos.
I just got back from a two week vacation without Internet as I was scouring some archeological ruins. I hardly thought about Bitcoin at all because there were so many other interesting things and it would be there when I got back.
Jimmy Song suggested I do an article on the current state of Bitcoin. A great suggestion but he is really smart (he worked on Armory after all!) so I better be thorough and accurate!
Therefore, this article will be pretty lengthy and meticulous.
BACKGROUND
As I completely expected, the 2X movement from the New York Agreement that was supposed to happen during the middle of my vacation flopped on its face because Jeff Garzik was driving the clown car with passengers willfully inside like Coinbase, Blockchain.info, Bitgo and Xapo and there were here massive bugS and in the code and miners like Bitmain did not want to allocate $150-350m to get it over the difficulty adjustments.
I am very disappointed in their lack of integrity with putting their money where their mouths are; myself and many others wanted to sell a lot of B2X for BTC!
On 7 December 2015, with Bitcoin trading at US$388.40, I wrote The Rise of the Fourth Great Bitcoin Bubble. On 4 December 2016, with Bitcoin trading at US$762.97, I did this interview:

As of 26 November 2017, Bitcoin is trading around US$9,250.00. That is an increase of about 2,400% since I wrote the article prognosticating this fourth great Bitcoin bull market. I sure like being right, like usual (19 Dec 2011, 1 Jul 2013), especially when there are financial and economic consequences.
With such massive gains in such a short period of time the speculative question becomes: Buy, Hold or Sell?
FUNDAMENTALS
Bitcoin is the decentralized censorship-resistant Internet Protocol for transferring value over a communications channel.
The Bitcoin network can use traditional Internet infrastructure. However, it is even more resilient because it has custom infrastructure including, thanks to Bitcoin Core developer Matt Corrallo, the FIBRE network and, thanks to Blockstream, satellites which reduce the cost of running a full-node anywhere in the world to essentially nothing in terms of money or privacy. Transactions can be cheaply broadcast via SMS messages.
SECURITY
The Bitcoin network has a difficulty of 1,347,001,430,559 which suggests about 9,642,211 TH/s of custom ASIC hardware deployed.
At a retail price of approximately US$105/THs that implies about $650m of custom ASIC hardware deployed (35% discount applied).
This custom hardware consumes approximately 30 TWh per year. That could power about 2.8m US households or the entire country of Morocco which has a population of 33.85m.
This Bitcoin mining generates approximately 12.5 bitcoins every 10 minutes or approximately 1,800 per day worth approximately US$16,650,000.
Bitcoin currently has a market capitalization greater than $150B which puts it solidly in the top-30 of M1 money stock countries and a 200 day moving average of about $65B which is increasing about $500m per day.
Average daily volumes for Bitcoin is around US$5B. That means multi-million dollar positions can be moved into and out of very easily with minimal slippage.
When my friend Andreas Antonopolous was unable to give his talk at a CRYPSA event I was invited to fill in and delivered this presentation, impromptu, on the Seven Network Effects of Bitcoin.
These seven network effects of Bitcoin are (1) Speculation, (2) Merchants, (3) Consumers, (4) Security [miners], (5) Developers, (6) Financialization and (7) Settlement Currency are all taking root at the same time and in an incredibly intertwined way.
With only the first network effect starting to take significant root; Bitcoin is no longer a little experiment of magic Internet money anymore. Bitcoin is monster growing at a tremendous rate!!

A Look at DCG & Bitfury's Incestuous Ties With the U.S. Government

Board of Digital Currency Group
Glenn Hutchins
Advisory Board
Larry Summers
DCG of course is an investor in both Blockstream and BTCC.
DCG's money comes from:
DCG also owns Coindesk.
BTCC and Bitfury are the only two large mining pools who are outspoken in their support of Bitcoin Core.
 The Bitfury Group Leadership to Present at Clinton Global Initiative (https://archive.is/MWKee)
Full Video (Begins at 32:00)
“The Bitfury Group is proud to be the world’s leading full service Blockchain technology company, we are deeply honored to represent this innovation to an audience of extremely dedicated game-changers, and we look forward to highlighting our company’s groundbreaking ‘Blockchain for global good’ work at such an important event, said Smith. “From the White House to the Blockchain, I know this technology has the power to deliver inclusion and opportunity to millions, if not billions, of people around the world and I am so grateful to work for a company focused on such a principled vision.”
 Bitfury Lightning Implementation
Chairman: Avinash Vashistha
CEO: Chaman Baid
CSO: Nandan Setlur
 BitFury Enhances Its Advisory Board by Adding Former CFTC Chairman Dr. James Newsome and Renowned Global Thought Leader and President of the Institute for Liberty and Democracy Hernando de Soto (Businesswire)
 Bitfury Board of Directors
Robert R Dykes
The other board members include two Bitfury founders, and an investor.
Bitfury Advisory Board
James Newsome
Hernando de Soto
Tomicah Tilleman
Jamie Smith
Jason Weinstein
Paul Brody (no longer appears on site, and his LinkedIn has no mention of Bitfury, but he is mentioned in a Press Release
 New America Foundation
 Muskoka Group
[note: this is worthy of much more research]
 Blockchain Delegation Attends Democratic National Convention https://archive.is/k16Nu
Attendees:
Jamie Smith — The Bitfury Group & Blockchain Trust Accelerator Tomicah Tillemann— New America Foundation & Blockchain Trust Accelerator Alex Tapscott— co-author: Blockchain Revolution Brian Forde — MIT, Digital Currency Initiative
 Brian Forde
Alex Tapscott
 World Economic Forum
 Bitfury Washington DC Office
Washington DC Office 600 Pennsylvania Avenue Suite 300 Washington, D.C. 20003
http://bitfury.com/contacts https://archive.is/ugvII
 Bitfury Chosen for Ernst & Young Blockchain Startup Challenge
 Deloitte Unveils Plan to Build Blockchain-Based Digital Bank http://www.consultancy.uk/news/12237/deloitte-unveils-plan-to-build-blockchain-based-digital-bank https://archive.is/UJ8Q5

Krugman and Bitcoin and Me: Radical Thoughts on Fixed Supply Currency

Get YouTube without the ads. Working... DESCARGA EL PDF DE LA... 9:17 ¿Por qué se habla de aguantar los Bitcoin hasta 2020? ... Noticiero Bitcoin: Goldman Sachs lanza plataforma de inversión Bitcoin! - Duration: 11 minutes, 47 ... DeFi wraps Bitcoin. Goldman Sachs say BTC not an asset class worth investing it. WRONG! - Duration: 11 minutes, 37 seconds. 255 views; 2 weeks ago; 12:46. Did Satoshi move some bitcoin? If you don ... In this video I show you how to take profits from Bitconnect and cash them out at a Bitcoin ATM into real USD (dollar bills yo)!!! To become apart of my bitconnect team sign up with the link below ... As JP Morgan turn 180 and choose to embrace and offer banking services to Coinbase and Gemini one can't help wondering why this change of heat. Will FNB follow in South Africa and start to offer ...