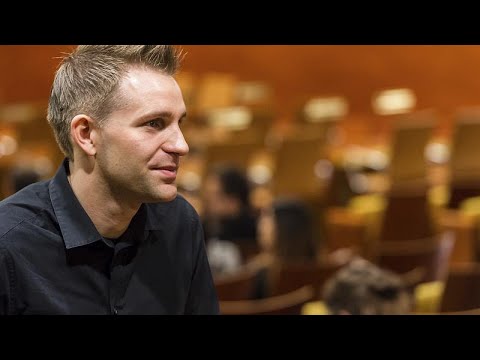 To be clear: An unfavorable ruling by the European Court of Justice regarding VAT and Bitcoin would make accepting Bitcoins for merchants in the EU around 20 % more expensive than other payment solutions.

Scenario: Carlos, a customer, buys a pizza from Mark, the merchant, and pays in Bitcoin.
First of all: The question is not, whether VAT applies to the pizza. That will definitely be the case. If I'm buying a laptop in, let's say, Germany for 1190 EUR, then 190 EUR of that (VAT in Germany is 19 %) goes to the tax man, regardless of whether I pay with euros, bitcoins or gold.
The question is, what happens to the bitcoins afterwards. The merchant now has bitcoins and will want to get rid of them at some point. Either to exchange for euros or to buy a product or service. So he is again selling a "product" (this time bitcoin, considered a commodity under current German tax law, as far as my reading of the law goes). If the product is not ruled VAT-exempt, he will have to pay another 19 % (or whatever the rate in his country is) at that point.
That's the issue.
Another question is, whether that also applies, if the merchant uses BitPay. In the worst case, BitPay could be considered as just an agent acting in the name of the merchant (their terms of use suggest something like that), thereby still putting the merchant in a position, where he - from a tax perspective - has briefly owned bitcoins and then sold them again.
In my opinion, this tax question is super critical and needs to be the top discussion right now. The Bitcoin Foundation and other Bitcoin associations (Bundesverband Bitcoin e.V. in Germany) need to closely follow the case C-264/14 Skatteverket v David Hedqvist where the European Court of Justice will decide about just that. And we need to provide resources to bring about a sensible ruling.
See http://www.bitcoin.se/2014/08/21/i-need-your-help-funding-legal-costs-in-a-case-at-the-eu-court-of-justice-related-to-bitcoin-and-vat-exemption/ and consider donating!
Edit: I should have added the disclaimer, that I'm not a lawyer and this is just my personal interpretation, which very well might be wrong. I have however been following this topic for a while, talked to various parties and read some of the laws involved.
Edit 2: Alright, a little intermediate summary of the discussion below: I'm probably mistaken about the details of case C-264/14 as rtuck99 pointed out. It seems that case will only deal with the question of whether bitcoin exchange fees are VAT-exempt. In my opinion my larger point still stands though, that the ECJ will likely decide about VAT on the bitcoins themselves at some point. Compare the UK guidelines on Bitcoin and VAT with this statement by the German Federal Ministry of Finance (in German, alternatively see this press release by Bundesverband Bitcoin e.V. in English). These two guidelines are - in my opinion - incompatible with each other. Something that ultimately the ECJ will have to resolve. Maybe that will not happen as part of case C-264/14 (but it might, as it's somewhat related, so it still seems risky to me, to let David Hedqvist fight that on his own), but it will happen eventually and we need to have our side presented well then.
Edit 3: David Hedqvist commented below that the case might indeed deal with the issue in a broader sense.

EU Court to Decide Whether to Impose VAT on Bitcoin Transactions

Bitcoin.se » I need your help funding legal costs in a case at the EU Court of Justice related to Bitcoin and VAT exemption!

I need your help funding legal costs in a case at the EU Court of Justice related to Bitcoin and VAT exemption!

As some of you may already know there is an ongoing case regarding Bitcoin and VAT exemption in Sweden and the EU. The Supreme Administrative Court (“Högsta förvaltningsdomstolen”) has now requested a preliminary ruling from the EU Court of Justice. The case, C-264/14, can be found here and has been covered quite a lot in media (Bloomberg, Law360, CoinDesk).
I got involved in this simply by asking for an advance ruling in Sweden because I wanted to start selling bitcoin on my site bitcoin.se. It has now escalated and I find myself in a situation where my case will likely decide if and how VAT should be applied to Bitcoin throughout the EU.
It took me a while to realize the significance of this case and I have to appoint a top law firm team here in Sweden that can prepare a written submission (and we’re short on time here - this has to be done in 3 weeks) as well as a potential oral hearing later on. The Swedish counsel will also cooperate with interested parties throughout Europe to get input and support from other European countries if deemed necessary. I am currently discussing with teams at three of Swedens top firms in VAT and EU-law. After asking about the costs I have received fee estimates that range from 22 000 to 38 000 EUR (approximately 56 to 96 bitcoin at the time of writing).
So here is my problem. There is no way that I can finance this personally. I don’t have enough commercial interest in the case to throw all of my savings on it, the business that we wanted to start on bitcoin.se has not been launched so there is no money there. This is why I am now reaching out to the Bitcoin community.
Disclaimer: Donating is in no way a guarantee that we will win the case but if I can’t raise the money the risks are dramatically increased that I will lose since I will have to deal with the court proceedings on my own (which one of the parties I have discussed the case with has described as “catastrophical” for Bitcoin in Europe).
If the donated money is in excess of the costs I will donate the excess funds to Bitcoin organizations in Europe. If, for some reason, none of the funds raised are used I will return all bitcoins to the sender address (so make sure that you donate from an address that you control!)
 Please send your donations to this Bitcoin address 1EyosiaYh9gVEP7VKPTyrFGSSoS8QDSsbb
 About me My name is David Hedqvist and have been running bitcoin.se since early 2012. I am a moderator of the Scandinavian forum section at bitcointalk.org and I have also been a moderator at bitcoin.stackexchange.com since its launch.
I will post this message on bitcoin.se, on bitcointalk.org where my name is D.H. and on Reddit where my name is D_ H_. If you read about the case on curia.europa.eu or in media you can confirm that the case is about David Hedqvist and bitcoin.se. Feel free to send me a PM or an e-mail to [email protected] if you have any questions.
You may also contact Dr. Thaer Sabri ([email protected]), Chief Executive of Electronic Money Association, to confirm the legitimacy of this fund raiser.

Coinye vs. Kanye. Cryptocurrency (like Bitcoin) copyright claim. A fan of the coin is being targeted in EU and forced to show in court in NY (USA)?

This is a XPOST from /Cryptocurrency: http://www.reddit.com/CryptoCurrency/comments/20crcy/coinye_anyone_have_knowledge_of_us_copyright_law/
Can Kanye's lawyers claim copyright infringement and sue a community member of this cryptocurrency Coinye that lives in the Netherlands? Can he force the trial to be in the US (New York) and if the kid doesn't have enough money to show up he is considered guilty?
Kanye originally filed a C&D over the original logo and name Coinye West. The creators change the logo to a satirical Gayfish logo and the name to Coinye.
In the lawsuit Kanye claims the names COINYE WEST, COINYE, and COYE all infringe on his KANYE WEST trademark and that BOTH logos I linked above infringe on the trademark.
Any help would be appreciated. Thanks!

Bitcoin should be exempt from VAT - top EU court adviser

Bitcoin Billionaire Review Article updated: Here is a summary of our Bitcoin Billionaire review Bitcoin Billionaire is an auto trading platform for only cryptocurrencies; the trading robot is perfect for trading the different crypto that you can find in the market today. The trading system used on Bitcoin Billionaire is particularly designed to be fully … In the United States, occasionally, court decisions set a precedent for future interpretations of the law. Due to such circumstances, Bitcoin just became officially considered “money” under a US federal court ruling. However, the Director of Communications at a leading non-profit focusing on cryptocurrency policy, says this is not a big deal. Bitcoin transactions will be exempt from Value Added Tax (VAT), the European Court of Justice (ECJ) has ruled. According to the Financial Times, the ECJ said that bitcoin transactions “are Apple Inc. won its court fight over a record 13 billion-euro ($14.9 billion) Irish tax bill in a crushing blow to European Union Competition Commissioner Margrethe Vestager’s crackdown on The EU court said to exclude bitcoin exchanges from the tax exemptions given to traditional exchanges “would deprive it of part of its effects,” given that the exemption’s aim is to counter

Defendant Is Angry That His Friend Cost Him His Bitcoin! Judge Rinder