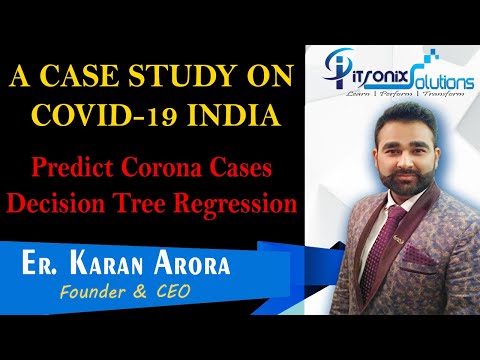 Ever wonder what those numbers mean? The relationship between difficulty, shares, hashrate, etc. explained.

After being confused for a long time myself, I went and crunched some figures, and found out where all those numbers came from. To save fellow shibes from having to do the same, I'm making this guide.
First of all, what is difficulty? It is a number d such that the expected number of hashes required to find a block is d * 232. That is to say, the individual probability of each hash finding a block is 1 / (d * 232 ). (You can read up on how a geometric distribution based on a Bernoulli random variable of probability p has a mean of 1/p.) So if the difficulty is 1, then a valid hash would require 32 binary zeros at the beginning (usually represented as 8 zeros in hex). If the difficulty is 1024, then 32 + 10 = 42 binary zeros are required. For a difficulty that's not a power of two, you're going to have an odd mix (e.g. the first digits of the hex must be less than 000000000c8.)
Now how is difficulty calculated? For Dogecoin, difficulty is recalibrated every 240 blocks. It is adjusted so that a block would be found every minute, on average. Example: The average hashrate was 100 GH/s over the last 240 blocks. We want a block found every 60 seconds, or every 1011 * 60 = 6 x 1012 hashes. So d = 6 x 1012 / 232 = 1397, and the difficulty will be set to 1397.
The pool difficulty (also known as share difficulty) is a closely related concept. It is up to the pool operator, but almost all define it as being difficulty * 216. That is, pool difficulty is a number d' such that the expected number of hashes required to find a share on the pool is d' * 216 (since 32 - 16 = 16). It is basically there for notational convenience, because no one wants to talk about mining at a difficulty of 0.000244 (translated to pool difficulty, that would be 16), just like how people use kilodoge or millibitcoin.
What about a share? Pool operators may vary, but usually a share is defined as a valid hash at pool difficulty 16. Pools may set a pool difficulty that everyone mines at, automatically adjust pool difficulty for each individual miner depending on their hashrate (called vardiff), or allow users to set their own difficulty. They might even create different strata with different pool difficulty levels. A share at a higher pool difficulty is harder to find but worth more. Basically, if you're currently mining at pool difficulty 16 and switch to 32, you'll mine shares half as often but every share you mine is worth two shares. (Unfortunately, the definition of "share" appears to be overloaded - it can mean either each thing a miner submits to a pool or its equivalent for a pool difficulty of 16. It's like how a "standard drink" is 0.6 oz alcohol - if you had a 24 oz beer at 5% ABV, you could say you had a drink, but technically you had two drinks in terms of alcohol content.)
A round is the period of time since the last block was found by a pool to the next time a block is found by the pool. Round shares are shares (i.e. equivalent shares for difficulty 16) that have been found by pool miners. Estimated shares is an estimate of how many shares it will take for a pool to find a block. This number is the same for each pool regardless of hashrate, and only depends on the current difficulty. It is equal to d * 212. Why? Note that a share at pool difficulty 16 is 16 times as difficult as a share at pool difficulty 1, and pool difficulty 1 is 216 times easier than difficulty 1, so the overall effect is 216 / 16. (PPS only: The baseline PPS rate is the amount a miner is paid for each share at difficulty 1; pools PPS rate is the amount a miner is paid for each share at difficulty 16. Pools PPS rate is calculated by dividing the block reward by the estimated shares. So for Dogecoin currently, you divide 500,000 by 5,645,699 to get pools PPS rate 0.088563.)
The Bitcoin wiki has a page on difficulty, but it's somewhat technical and doesn't really talk about mining pools, so I created this post because I couldn't find anything better on Google and ended up using a bit of math and common sense to figure these things out. Though I do recommend reading it for the technically inclined.
For other things like Prop, PPLNS, PPS, etc. there are many existing well-written resources, so I'm saving my breath. This page lists pretty much every single pool structure you might encounter. PPLNS (basic guide, advanced) is probably the most common but also somewhat difficult to understand.

Learn how to do anything with wikiHow, the world's most popular how-to website. Easy, well-researched, and trustworthy instructions for everything you want to know. Sleep Spa - Corona Virus Safety Tips (1) - Sleep Spa Mattress Some Tips for Protect Corona Virus Wash your hands frequently Maintain social distancing Avoid touching eyes, nose and mouth Practice respiratory hygiene If you have fever, cough and difficulty breathing, seek medical care early Stay informed and follow advice given by your healthcare provider Stay at Home and use sanitize the Adjusted for the increase in FMQ, the gold price today is in the same territory as it was when the gold pool failed in the late 1960s, and at the turn of the century when gold sank to $260. It is clear from this chart that the gold price is unlikely to go lower and has substantial upside, now that the dollar is poised for further weakness. Ask.com is the #1 question answering service that delivers the best answers from the web and real people - all in one place. The Ethereum difficulty chart provides the current Ethereum difficulty (ETH diff) target as well as a historical data graph visualizing Ethereum mining difficulty chart values with ETH difficulty adjustments (both increases and decreases) defaulted to today with timeline options of 1 day, 1 week, 1 month, 3 months, 6 months, 1 year, 3 years, and all time

600MH/s of shares on stratum node